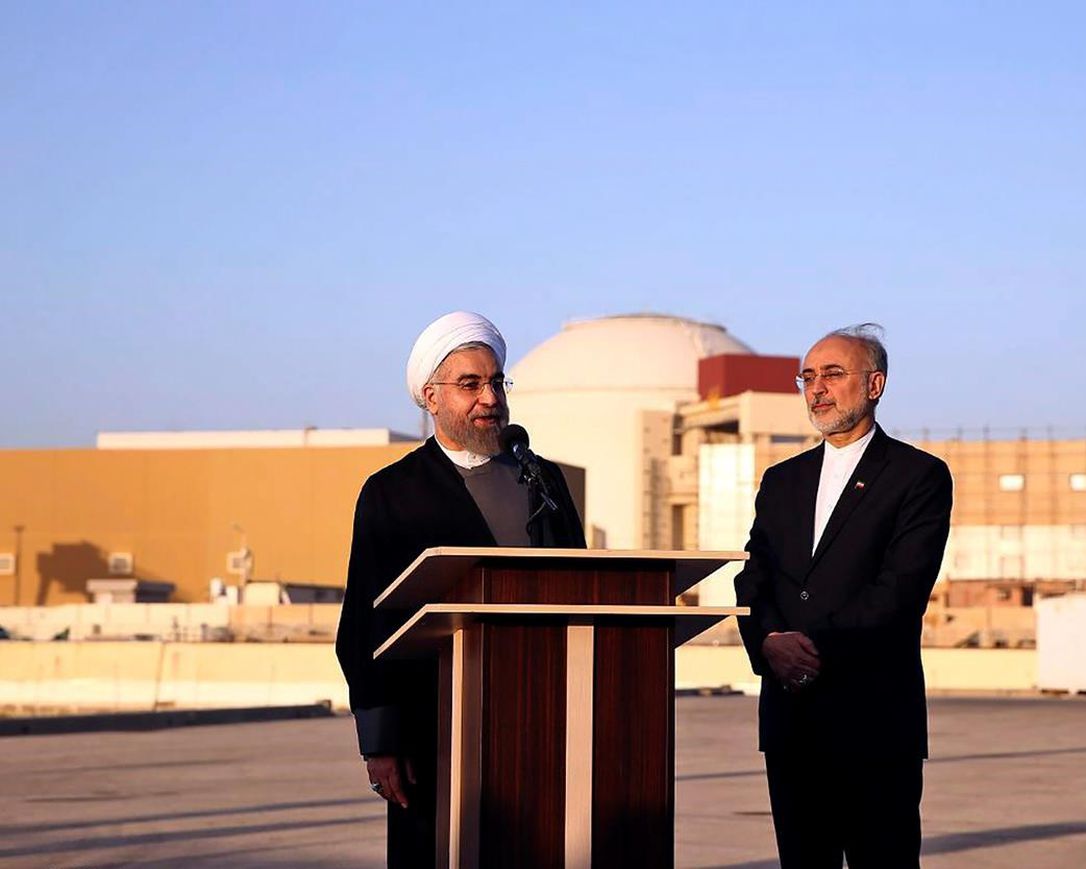 According to a UN report, Iran has therefore produced a small amount of uranium.

This would have enormous significance.

It would in fact mean the fulfilment of another violation of the nuclear agreements made in 2015 between Iran and some Western countries (JCPOA), stipulated in order to prevent uranium can be enriched and thus also be exploited to build a nuclear weapon.

The UN agency in charge of monitoring the nuclear energy sector, the IAEA, said in a report that 3.6 grams of unenriched uranium had been produced in Esfahan (a uranium conversion centre located a few hundred kilometres from the Iranian capital).

This is worrying. Indeed, according to experts in the field, it would take about half a kilogram of uranium enriched to 90 per cent to make a nuclear weapon.

The violation that Iran has committed is certainly not the first since 2015, the year of the agreements. In early January, Iran had informed the IAEA that it would resume enriching uranium to 20 per cent, the maximum level reached before the agreement.

With enrichment at 20 per cent, Iran could convert its entire uranium reserves to bomb-making levels within six months (today the level of uranium enrichment is at 4-5 per cent).

The action plan signed six years ago by the Islamic Republic and the five permanent members of the United Nations (United States, China, Russia, Great Britain, France) plus Germany and the European Union, still implies a 15-year ban on the “production or acquisition of plutonium, uranium or uranium alloy metals” of these materials.

The same agreement also stipulates that Iran may be allowed to start its own research into the production of uranium-based fuel “in small quantities” over a period of 10 years, but only with the approval of the other signatory states.

For this reason, France, Germany and the United Kingdom have recently expressed their concern and indignation, stating that “we strongly exhort Iran to suspend these activities without any further delay and not to take any new steps that do not conform to the nuclear programme”.

They then reiterated that “Iran has no credible civilian justification for these activities, which are a key step on the road to developing a nuclear weapon”.

The French Foreign Minister Jean-Yves Le Drian, who has also expressed very harsh words, called on Iran “not to make the situation even worse, in order to preserve the political space for the search for a negotiated solution”, asking therefore to the Shiite Republic “not to take new measures that would further worsen the situation on the nuclear agreement”.

The Iranian turnaround has therefore triggered harsh international reactions, even among its traditional allies, such as Moscow.

Russia has in fact urged Iran to “moderation” and “responsibility” in the aftermath of the announcement by the International Atomic Energy Agency.

“We understand the logic of their actions and the reasons that drive Iran. Despite this, it is necessary to show restraint and a responsible approach,” said Russian Deputy Foreign Minister Sergei Ryabkov.

Certainly in this context, the words of the Iranian Minister of Intelligence, Mahmoud Alavi, are not exactly positive and reassuring. In fact, the minister claimed that the continuous Western pressure on Iran could push Iran to seek nuclear weapons.

Although Mahmoud Alavi later added that: “Based on the fatwa of leader Ali Khamenei in the early 2000s, the production of nuclear weapons is against Sharia law and in a normal situation Iran would have no intention of obtaining them, other than getting nuclear technology for peaceful purposes only.”

In fact, over the years, Iran has repeatedly rejected accusations by the US, Israel and some countries in the region of trying to equip itself with nuclear weapons.

and the United States…?

What is certain is that after the US unilateral withdrawal from the JCPOA in 2018, the Islamic Republic began a gradual disengagement from the obligations it had signed in the agreement reached with the 5+1 (+1) group, i.e. the five permanent members of the UN Security Council plus Germany and the European Union.

Donald Trump in fact, after the withdrawal, decided to reimpose crippling economic sanctions on the Iranian economy as part of a “maximum pressure” campaign.

In response to the US move, Iran then began to gradually violate the commitments it had taken when it signed the historic agreement. Among the most important and therefore significant violations, Iran has thus begun enriching uranium closer to weapons-grade levels and has also indicated that it would experiment with uranium metals, a key component of a nuclear warhead.

It appears, however, unlike the previous administration, that today’s Biden-led administration wants to bring the US back on board with the JCPOA.

On paper, the Biden administration is impatient, determined to move quickly.

Only on paper, because at the moment, nothing has been done.

A few days ago, in fact, Iranian President Hassan Rouhani said he was disappointed with the Biden administration for the lack of progress it had made.

Hassan Rouhani on state television also added that: “We have not yet seen any goodwill from the new government”.Ali Khamenei, Iran’s Supreme Leader, who as we all know has the final say on all matters concerning the country, has therefore also urged the United States to lift all sanctions if it wants that Iran fulfils its commitments according to the agreement. It should be noted, however, that at the moment even the new US President Joe Biden has explicitly stated that Washington will not make the first move.

What seems certain is that more and more delicate diplomacy will be needed, given the complex and dangerous situation at stake. Therefore, military operations such as the Qasem Soleimani case will be totally forgettable.

The role of Italy.

Italy in fact, despite being pro-Atlantic, is also historically and economically linked to Iran. In recent days, for example, in Rome, on the occasion of the 42nd anniversary of the Islamic Revolution, the Iranian ambassador in Rome, Hamid Bayat, expressed all his hopes for a new and positive juncture between the two countries.

“Relations between Iran and Italy have a long history of relations, mutual interactions, mutual understanding and have always been excellent,” the ambassador said.

Bayat then also recalled that after the signing of the nuclear agreement in 2015, the volume of trade has been such that it has made Italy Iran’s top trading partner in Europe.

It will therefore also be interesting to observe what position Italy will take in this matter, in fact, it will certainly not be able to evade the indications of the UN and the Biden administration. At the same time, however, the economic repercussions that could result from a clear and clearly aligned Italian position must be evaluated.