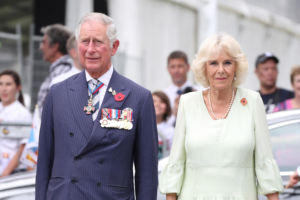 Prince Charles, who is first in line to the British throne, has tested positive for coronavirus after displaying mild symptoms, his office has announced.

“The Prince of Wales has tested positive for Coronavirus. He has been displaying mild symptoms but otherwise remains in good health and has been working from home throughout the last few days as usual,” the Clarence House said to Fox News in a statement Wednesday morning.

“The tests were carried out by the NHS in Aberdeenshire where they met the criteria required for testing.”

While Clarence House said it is “not possible to ascertain” whom Prince Charles may have caught the virus from, the office made note of a “high number of engagements” he carried out in recent weeks.

The news comes on the heels of Prince Albert of Monaco revealing his positive diagnosis of COVID-19. According to multiple reports, Prince Charles sat across from Prince Albert at a WaterAid charity event in London days before testing positive.

Prince Charles and Duchess Camilla had already canceled their upcoming eight-day royal tour, which was set to begin on March 17 and conclude on March 25, with stops in Bosnia and Herzegovina, the Republic of Cyprus and Jordan.