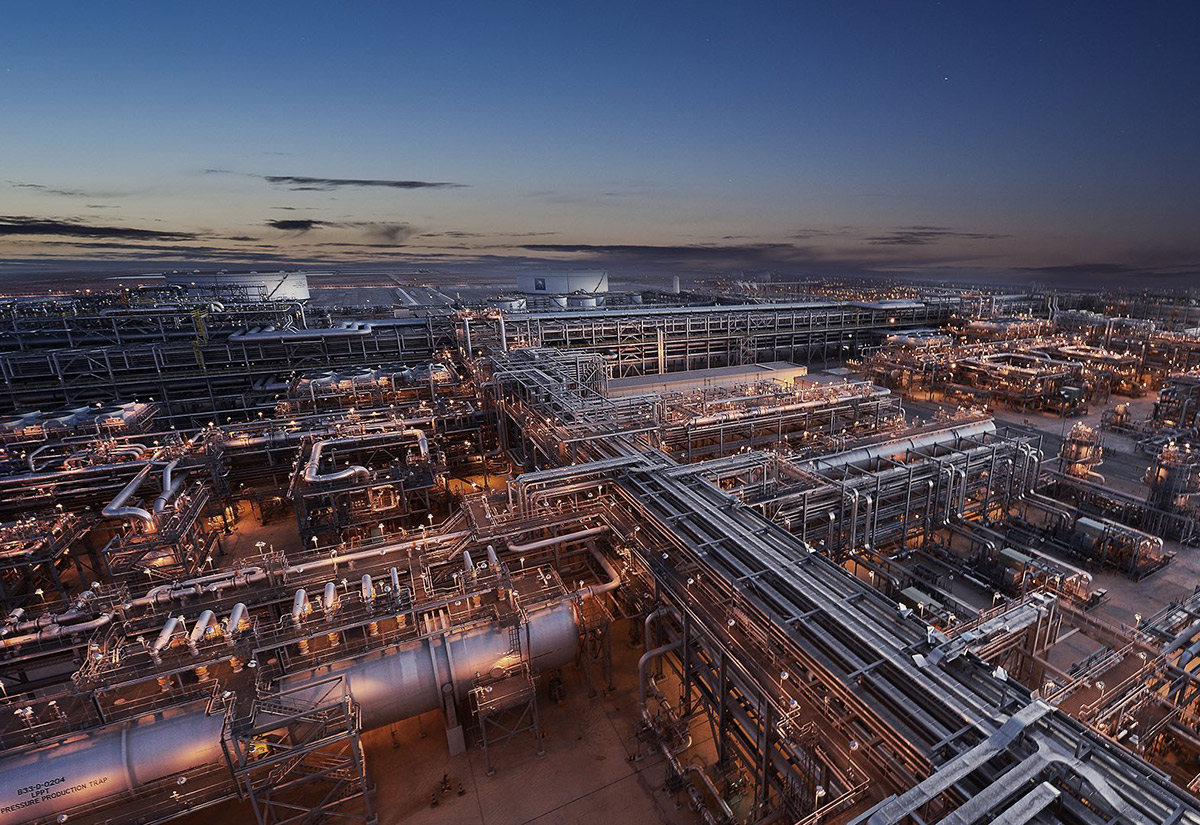 The coronavirus pandemic is upsetting the energy industry and pushing its major players to make big changes. This includes Saudi Aramco, the world’s largest and most profitable oil producer. This year’s dramatic fall in prices is weighing on Saudi Arabia’s state-owned oil giant. The Saudi State relies on pumping crude oil to generate the liquidity it needs to pay dividends to investors and finance a large share of public spending.
Saudi Aramco, therefore, the large Saudi Aramco state oil company, is going through a particularly delicate period, after last December it was listed on the national stock exchange in Tadawul with the largest initial public offering (IPO) ever.
However, second-quarter results showed a 73% drop in profits compared to the same period last year, from $24.7 billion to $6.6 billion (largely due to the sharp drop in demand as a result of the coronavirus pandemic).

The numbers in question, however, are read differently by analysts, thus also giving contradictory views on the seriousness of the crisis the oil company is going through.
In fact, according to some analysts, the latest figures are not a big problem, both because the oil market is particularly resilient and because Saudi Arabia, which controls 98.5% of Saudi Aramco, is among the top oil-producing and exporting countries in the world and is also one of those with the most reserves.

According to another line of thought, Saudi Aramco’s strong dependence on the Saudi Aramco regime may be a weakness: because the royal family, one of the richest in the world, seems to care less about Saudi Aramco’s stability on the stock exchange and more about its own political gain, i.e. its desire to excel over other producers and exporters, such as Russia and the United States, thus influencing their behavior.

Saudi Aramco’s listing on the stock exchange was announced last November and its entry into the markets on the following 11 December attracted a lot of attention due to the initial public offering, which was close to $2 trillion (and exceeding it on the second day on the market) was the highest ever.
Mohammed bin Salman, the powerful Saudi Crown Prince, was the main proponent of the IPO. The company’s entry on the stock exchange was one of the main points of the “Vision 2030” programme, with which the Saudi government intends to achieve the goal of diversifying the country’s economy. In fact, the Kingdom still depends almost exclusively on the exploitation of hydrocarbons.

Although Saudi Aramco’s market capitalised share was only a small part of the company, 1.5%, some analysts immediately warned that the company was overvalued and the listing would not be sustainable in the long term.
The stock market launch did not impress foreign investors, as the Saudi Aramco government had hoped, and several of them began selling their shares on the second day.
The reason why Saudi Aramco is back is that despite the sharply declining results in the second quarter of 2020, the company announced that it would pay coupons to shareholders, as envisaged in the share offer.
Other companies, on the other hand, suspended the payment of dividends in order to remain financially viable.
Saudi Aramco said instead that it paid $18.75 billion to shareholders in the second quarter and that a further $18.75 billion will be paid in the third quarter of the year.
In the press release, the company also specified that revenues in the first half of 2020 were $23.2 billion, compared to $46.9 billion in the same period last year.
According to analyses made by some analysts cited by the Economist, Saudi Aramco would be a particularly solid company even in these circumstances: compared to other oil companies, such as Royal Dutch Shell and BP, which lost $18.1 billion and $16.8 billion respectively last quarter, Saudi Aramco still earned $6.6 billion.
There are also three particularly important points to highlight: Saudi Aramco is less indebted than other major oil companies, has lower production costs and large oil reserves.
However, the New York Times pointed out, in fact, almost all the coupons will go to the Saudi government, which owns 98.5% of the company, and most of the shares placed on the market are in the hands of Saudi investors, who in turn are linked to the Saudi government. The health of Aramco, therefore, does not depend on its market performance, but on the government’s priorities.

A striking example of this is what happened last March.
In fact, last March, when demand for oil was in sharp decline due to the coronavirus pandemic, Saudi Arabia decided to increase oil extraction activities instead of slowing them down, causing the price of oil to plummet by 30%.
The reasons for this policy must be found in the failure of the negotiations with Russia to extend an agreed reduction in production beyond March and thus keep oil prices high.
Saudi Arabia, therefore, ordered to increase production in order to make its stocks more attractive and to disadvantage countries like Russia and the United States, which would lose money with a price under 50 dollars a barrel. This is because the extraction of a barrel cost more, just remember that last April the price of oil had fallen as low as 20 dollars a barrel.
Although, as the Economist has written in recent days, Saudi Aramco has returned to his role as “central oil banker”, it may still be difficult for the Saudi government to keep the situation stable. In fact, some important oil companies, such as BP and ENI, have planned to considerably reduce their extraction activities in the next decade.

This is due to the mistrust of major investors about the profitability of the investment. Both because of growing concerns about climate change.
From this point of view, Aramco could be advantaged because it already has considerable stocks and could export them without having to wage a new war on oil prices. On the other hand, Saudi Arabia last year needed to sell its oil at least $80 a barrel to pay off the state budget deficit.

In April and June of this year, it signed new agreements for the reduction of mining activities with Russia, also with the intervention of the United States, which in turn would have been heavily disadvantaged by a further lowering of prices. However, the price of oil currently fluctuates around $40-45 per barrel and has not yet risen significantly.
This is certainly not good for Saudi Aramco and therefore for the entire Saudi economy. In fact, the Saudi government relies heavily on oil revenues to finance costly social and military expenses. The fall in oil prices could therefore also force Crown Prince Mohammed bin Salman to scale down his Vision 2030 plan which includes huge tourism projects and the construction of a futuristic city.

There is also one last particularly important issue to be addressed.
The subject of agreements with foreign countries, which have considerable geopolitical importance.
Aramco has to face a series of difficult choices with the aim of saving money.
Agreements to enter the refining business in China and India – two of the world’s largest energy consumers – seem to have been suspended in recent weeks.
In addition, the latest US media reports have suggested that Aramco is also delaying the expansion of a major refinery in the US.
As for China, it seems that the joint venture to build a $10 billion refining complex in China (in the northeastern province of Liaoning), announced during the Crown Prince’s high-profile trip to the country in 2019, has been reassessed.
In other words, it has been suspended.

Similarly, the agreement for the purchase of a 20% stake in India Reliance Industries’ refining and petrochemicals activities has been put on hold.
As far as the United States is concerned, the Wall Street Journal reports that Aramco is also evaluating the investment (which it was planning to make) of $6.6 billion to add petrochemical production to the Motiva refinery in Texas and also the collaboration on natural gas with Sempra Energy.
Iman Nasseri of Facts Global Energy said that the refining projects will involve billions of dollars in investment and may not help generate money for a few years, a big risk with such low oil prices.

Aramco announced the creation of a new division that will reassess the company’s portfolio starting this month, with the aim of promoting “resilience, agility and the ability to respond to changing market dynamics”.
This means that many of the investments that were to be made will be written off.
If Aramco should therefore decide to abandon these projects, it could drastically alter the company’s long-term business plans.
The agreements with China and India aimed to block buyers in huge markets while helping Aramco to diversify its business as well as pumping huge quantities of crude oil, a strategy pursued by other major oil companies.

In a speech in July, Reliance Chairman Mukesh Ambani noted that the agreement did not go ahead as expected due to “unforeseen circumstances in the energy market”.
But he reiterated that Reliance’s relationship with Aramco ” embraces” two decades, adding that “the process would probably be completed by early 2021”.
On the other hand, China North Industries Group Corp (or Norinco) and Panjin Sincen, Aramco’s Chinese partners, have not yet made any announcements.
The suspension of this agreement, however, is particularly burdensome for the Saudi Arabian company, in fact, the “Kingdom” would have to supply up to 70% of the crude oil for the 300,000 barrel per day refinery.

What is certain is that the collapse in oil prices and the impact of the virus on energy demand have changed the computations for energy company projects around the world.
Aramco is therefore anticipating deep cuts in its capital expenditure while at the same time trying to maintain a dividend of $75 billion between low crude oil prices and rising debt. 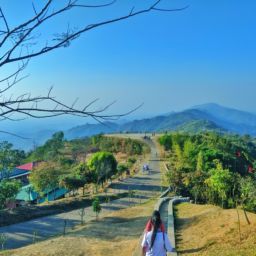 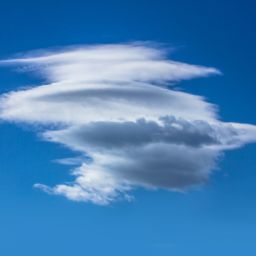 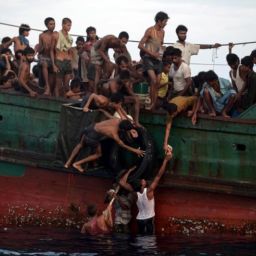 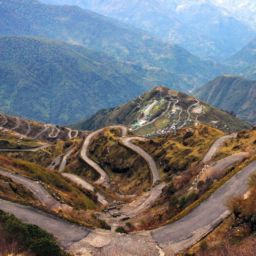 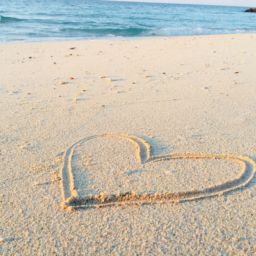 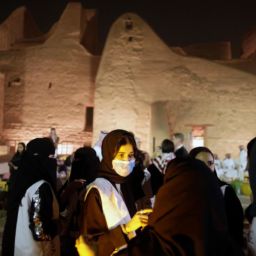 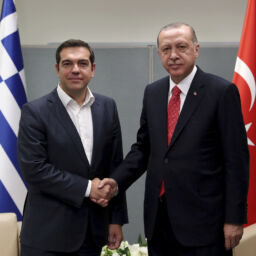 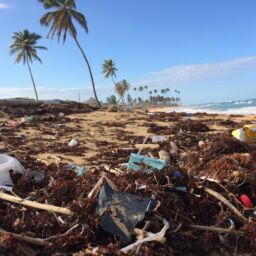 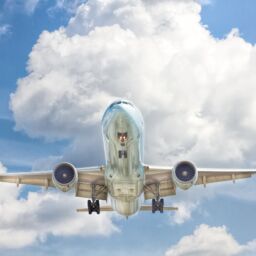 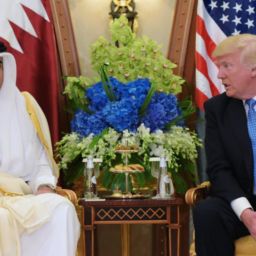