Yet another Encroachment by China

China has always been dominant and desperate to safeguard its territory; however, the country is also known for its mounting tension with India and other countries on encroachment of lands. Amid this ongoing circus, the country of Nepal has become a new victim. The Chinese colonial design is slowly and gradually encroaching upon the land of Nepal in several places. According to the data of a Nepali government agency, China has illegally occupied Nepal’s land, that too in at least seven bordering districts. That is not all, the encroaching country is further moving forward, and pushing Nepali boundaries, to get their hands upon more and more landmass.

Refuting the claims, the Nepal government has termed the news as fake. Releasing a statement recently, Nepal’s foreign ministry (MoFA) said that “media reports regarding boundary issues and illegal encroachment of some territories by China were false. The Government of Nepal will solve through mutual consultation between the concerned authorities of the two countries in case any issue arises,” the press release added.

The districts that have been illegally occupied are Dolakha, Gorkha, Darchula, Humla, Sindhupalchowk, Sankhuwasabha, and Rasuwa (DNA).

Several experts have opined that Prime Minister KP Oli’s has maintained his silence on the matter under fears of displeasing the Communist Party of China (CCP).

“In a massive departure from its diplomatic stand of non-interference, the Chinese have completely occupied Rui Village and the residents comprising around 72 houses are fighting for their original identity. This also shows how Nepal’s current regime has surrendered to China and is now making anti-India statements and resorting to anti-India activities,” a source said.

It is important to note that the data is still being reported and the actual scenario could be even worse as the (NCP) Nepali Communist Party is trying to cover the expansionist agenda of the Chinese Communist Party (CCP). It is believed that China has made inroads into several other areas of Nepal and has occupied vast areas of land, and the PM Oli is not even stating on the matter.

A Diplomatic expert on China – Nepal relations said that Prime Minister KP Oli government has preferred to keep the silence over the illegal occupation of the village and allegedly because of fears of displeasing the CCP. The Nepali districts which are victims of China’s land-grabbing plan are constantly looking forward to the country’s PM to speak up on the issue; however, the authorities have kept mum so far.

According to the Surveying and Mapping Department of Nepal, China has pushed the international boundary 1,500 meters towards Nepal in Dolakha. The Surveying and Mapping Department has also reported that China has occupied Nepali villages. The first three pillars were located in Gorkha’s Rui village and areas of Tom River. China occupied Rui village and merged it with the Tibet Autonomous Region of China in the year 2017. Though Rui village is being represented as a part of Nepal in maps and citizens of the village have been paying taxes to the Nepali

Similarly, the Human Rights Commission has reported that a portion of Jiujiu Village of Darchula has also been occupied by China. Numerous houses that used to be a part of Nepal have been now taken over by China and assimilated in the Chinese territory.

Since 2005, Nepal has refrained itself from going ahead with the border talks with China as the Nepali government doesn’t want to offend China by reclaiming Nepali land and at the same time dodge criticism at the domestic front for losing territory to China. The Nepali government has also suspended the 2012 border talks to save itself from getting into an indecisive situation.

In the last few years, the NCP has been acting like a puppet of the CCP and consequently, it kept dominating the decision-making process in Nepal.

As per some analyst, “The entire world is observing the developments wherein the Chinese ambassador to Nepal is acting as a mediator and sorting out between Oli and Prachanda factions of the NCP. The friendship and assistance of China to Nepal is a part of the colonial design to ‘further the expansionist agenda by China.” 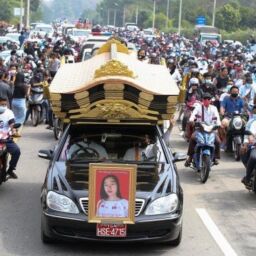 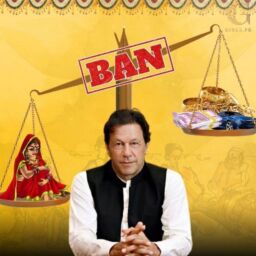