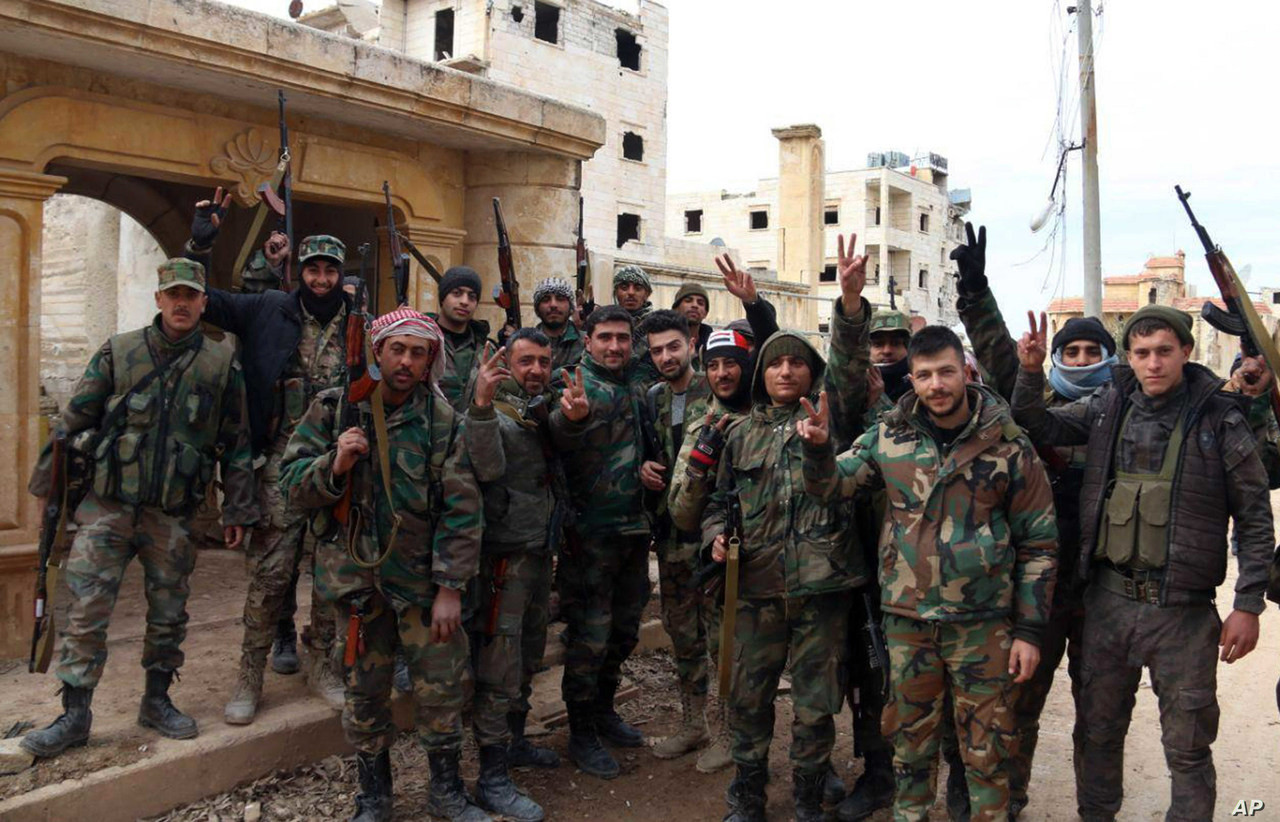 To some, he is a traitor who cut a deal when Deraa province, his home, fell to the regime two years ago. To others, the 38-year-old is still a promising revolutionary – one who has just vowed to rebuild Syria’s fragmented opposition.

Al-Awda announcement about his attention to form a united army in Hauran region in Daraa came in conjunction with the funeral atmosphere at Busra city after the killing of ten members of his “Fifth Corps”. This came as a result of an unknown attack on a bus was carrying 40 members from Lattakia to Daraa to switch shifts.

The attack is the first of its kind on the “Fifth Corps”, while hundreds of protesters went out to the streets chanting against Iran and the Syrian regime. Demonstrators also faulted “Hezbollah” and Iran of the attack without pointing fingers at Russia.

Al-Awda, who has a degree in English literature, became known in the past few years of the Syrian revolution for changing his political positions a couple times, and turning against anyone who supported him. These shifts shed light on his overwhelming desire to remain under spotlights through gaining influence and leadership even by changing his aims voluntarily to please those who support him.

Most prominent of these fluctuations was when he turned against “al-Nusra Front” and “Islamic Muthanna Movement” after joining their ranks to expel the regime forces from his hometown the city of Busra in 2015. Back then, al-Awda served as a leader of “Shabab al-Sunna” (“Sunni Youth”) and fought side by side with these factions; however, this did not last long before couping against them and expelling them from the city.

Following this, al-Awda started organizing public facilities and services in the city, and established police services, including the traffic police through the support of “MOC chamber” and the United Arab Emirates (UAE), using his kinship with the former Vice President of the Syrian High Negotiations Committee, Khalid al-Mahamid, residing in UAE.

“Our return as one body and one army … will protect all of Syria,” the muscular figure told mourners at a funeral in a landmark speech last month, speaking with the slow and easy confidence of someone who is used to being in charge. We won’t stop or give up our weapons until we are victorious … the fighting has just begun.”

Such is the peculiar state of affairs in Syria’s south, which a decade ago was the birthplace of the country’s Arab spring revolution. In the current chapter of the war, Russia, the area’s power broker, is tasked with the tricky balancing act of trying to keep the local population on side, while also juggling the conflicting interests of Damascus, Tehran and Israel. The status quo is proving fragile. Sporadic demonstrations have taken place across Deraa and the nearby Druze-majority town of Sweida over the last six weeks as civilians risked arrest to protest Syria’s worsening economic crisis.

Awda’s bold words against Damascus and “foreign invaders and militias” quickly set up the biggest protest yet, which participants estimated numbered 5,000 people. According to the analyst Abdullah al-Jabassini, an expert on Deraa at the Middle East Institute, at least 7,000 men signed up with the Eighth Brigade in June alone. Increasingly popular and powerful, Awda’s rise is a threat not just to the regime, Iran and Hezbollah, but also to his Russian paymasters. More and more people are putting their faith in Awda to secure that better future.