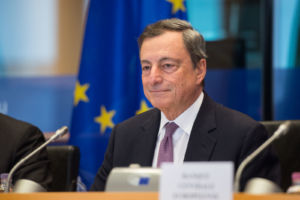 For almost all of Europe, for weeks, people have been shopping waiting in line as in Brezhnev’s USSR. Everybody goes out alone with masks and stands out from other people and to demonstrate needs.

Closed factories, closed shops. Nobody knows what happens to an economy in which production, trade and almost all non-survival activities disappear. As if suddenly 90% of the population was sick at home.

Last week Mario Draghi, the previous president of the European Central Bank, came out with a sort of Manifesto of economic policy, in an article in the “Financial Times”, in which he wrote quite clear things and in particular that: one no longer has to worry about public debt and the state must control and making them create money for businesses and families.

More precisely, Draghi said that “it requires far leverage on a significant increase in public debt. The loss of income that the private sector faces – and the debt necessary for the nightmare the gap – will sooner or later be absorbed, entirely or in part, by the state budget. Much higher levels of public debt will become a permanent feature.

This means that a deficit not of 2%, as now, but of 8 or 10% of GDP must be made to avoid a very serious economic depression. It is not by chance that Draghi mentioned the two wars in which the deficit had exploded and only a small part of the deficit was financed by taxes and the rest was by printing money.

The second important thing indicated in the Draghi’s Manifesto is: “The way to reach every economic turn is to mobilize the financial system in any way, using bureaucratic delays. Banks, especially, reach every corner of the economic system and they are able to create money instantly. They must quickly offer a zero cost to companies that are favorable to safeguarding jobs. And since in this way they are transformed into vectors of public interventions, the capital necessary to complete their task will be provided by the government, in the form of state purchases on additional loans and overdrafts “.

The state must therefore introduce capital into banks and use them as economic policy tools to create money and make it immediately available to businesses and families. Draghi does not talk about convincing the EU to “3% effort” or asking for help from the “Salvastati” Fund, but he said to create deficit. 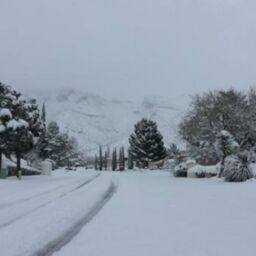