Air pollution increases mortality for the patient with COVID-19

Deterioration of human health due to air pollution is being a common phenomenon in today’s world. The world health organizations (WHO) says that around 7 million deaths are reported annually due to exposure to fine particles in the air.

An air pollutant can be defined as a substance present in sufficient concentration in air to produce harmful effects on humans, animals and other living organisms. Some of the most harmful air pollutants listed by the World Health Organization include Sulphur dioxide (SO2), Ozone (O3), Nitrogen dioxide (NO2), and particulate matter (PM).

PM (particulate matter) 2.5, are pollutants in the air which could be inhaled. Scientific studies have found that long term exposure to PM 2.5 may be associated with chronic bronchitis, reduced lung function and increased mortality from lung cancer and heart disease. Also children and elderly may be particularly sensitive to the particulate matter.

The new communicable disease outbreak was declared as a pandemic by the World Health Organization in March 2020. COVID-19 infected number has surpassed 2 million leaving the time to contain the virus from the earth to unknown.  It is found that the causative agent is a virus called severe acute respiratory syndrome coronavirus 2 (SARS-CoV-2). The pathogen has put the health experts under pressure to research the epidemiological, clinical and Virological characteristics. Also, the health experts are still on the process of developing and researching treatment options, diagnostic therapeutics and vaccines.

Health experts say that the history of Smoking, hypertension, heart disease and older age can increase the mortality rate by the infection. Yet, the new research study investigated whether people who are averagely exposed to fine particulate matter 2.5 for a long term has increased the risk of COVID 19 deaths in the United States.

Data collected from approximately 3000 countries provides statistically significant results in which, increase in 1µg/m3PM 2.5 is associated with a 15% increase in the new pandemic death rate. Even though the research study conducted in the United States is still under peer review, this is still a possibility.

The Harvard University report says that “Patterns in COVID-19 death rates generally mimic patterns in both high population density and high (particulate matter) PM 2.5 exposure areas”. Which paves the way for health professionals to take more concern on the future trends of the pandemic.

Another study was conducted from the data taken from 66 administrative regions in Italy, Spain, France and Germany. The study examines the relationship between long term exposure to NO2 and Coronavirus fatality. The results of the study stats that, “out of 4443 fatality cases, 3487 (78%) were in five regions located in North Italy and Central Spain” The study also states that the same five regions show high concentrations of NO2.

The study further says that “Poisoning our environment means poisoning our own body and when it experiences chronic respiratory stress, its ability to defend itself from infections is limited”

Following the death toll exceeding 10,000 due to COVID 19 in England, authors have researched and have found that poor air quality, nitrogen oxides and ozone are associated with lethality in different English regions.

China as the first country to report the first case of COVID 19 has analyzed the relationship of short term exposure to ambient air pollutants and daily cases from the data collected from 120 cities from January 23, 2020, to February 29, 2020. The study shows a significant positive association between PM2.5, PM10, CO, NO2 and O3 with COVID-19 confirmed cases. The study also highlights the negative association with SO2 with the number of daily confirmed cases.

Even though the research studies are still under peer review, the government of the countries with higher air pollution levels and health professionals are entailed with the responsibility to track the future of the pandemic in related to air pollution. 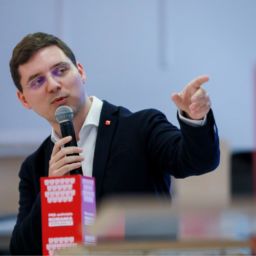 The COVID-19 crisis in Europe and the lack of Romanian…

Covid-19 recovery plan for the European Union On April 17,…