Migration is an important livelihood strategy, mainly for the poor in many of the world’s poorest countries. more than 80 percent of respondents in India and 90 percent of migrant households in Nepal perceived migration to India as beneficial for the family, resulting in remittance flows for families at source destinations. Other common benefits of migration cited in different studies were better educational opportunities for children, better household/food availability, and ability to afford health services. The social influence of friends and neighbors who are also migrating to India is a pull factor. Lack of employment and business opportunities at home were reported as the main push factors.

A review of laws, policies, and treaties between India, Bangladesh, and Nepal by Samuels and Wagle (2011) reported that there are many labor laws and policies in India that cater to internal migrants, but that these are poorly enforced and few workers are aware of them. Most of India’s legal instruments address employees in the formal sector, which accounts for only 7 percent of all workers in India, leaving the remaining 93 percent without social benefit. Despite numerous labor-protection acts and policies, none of them address vulnerabilities faced by cross-border migrants.

The key Indian law relevant to migrants is the Foreigners Act of 1946, which deals with the entry, stay, and exit of foreigners in the country, with the exception of Nepalese. Among other things, this act gives the government

the power to order controls over foreigners; restrict their movement, activity, and residence, and require their proof of identity and regular appearance before the police, deport them. With the large influx of Bangladeshis in the state of Assam, the Indian government created the Illegal Migration Determination by Tribunals Act in 1983, applicable only to Assam. This allowed legal citizenship for those who had settled in Assam before 25 March 1971. However, there were issues about proving citizenship, and the Supreme Court ruled this act unconstitutional in 2005. Today, the Foreigners Act of 1946 is the only law that deals with cross-border migrants, particularly Bangladeshis in India.

Undocumented migrants from Bangladesh to India obviously have no access to the benefits associated with any of the Indian laws and policies. In Bangladesh, the Ministry of Expatriate Welfare and Overseas Employment is entrusted with protecting the rights and interests of Bangladeshi migrants in host countries, ensuring the welfare of remittance senders, facilitating overseas employment for prospective Bangladeshi migrants, and increasing the capabilities and skills of the labor force. However, these services are only provided to documented migrants.

In Bangladesh, the Emigration Ordinance 1982 is the key regulatory instrument on migration, allowing people with valid travel documents to emigrate. Under the ordinance, the government of Bangladesh is authorized to grant licenses to individuals and companies wanting to recruit emigrants for overseas employment. This ordinance has two major limitations: (1) it does not protect migrant workers’ rights in destination countries, and (2) migrant workers are subject to imprisonment if they return home without completing their employment tenure. The government of Bangladesh has ratified the International Labour Organization instrument, the Migration for

Employment Convention of 1949, and the Migrant Workers Supplementary Convention of 1975. However, it has signed but not ratified the 1990 UN International Convention on Protection of Rights of All Migrant Workers and Members of their Families. This convention ensures the full applicability of human rights legislation on female migrants. In Bangladesh, however, unskilled and semiskilled women are not allowed to migrate alone; they can only migrate with a male partner. The ban has loopholes that are sometimes exploited. Overall, ratification of instruments on migration is mainly applicable to legal migrants. As a result, undocumented female workers are still labeled as trafficked victims. Also as per the Bangladesh Passport Order 1973, undocumented migrants (a person who “fails to produce for inspection his passport or travel document” can face imprisonment or a fine, or both. If migrants are caught without documents in India, they are imprisoned again under India’s acts. When adults are caught with children, they are separated and the children are kept in safe custody or shelter/ observation homes while the adults are jailed (UNDP 2009).

Nepal and India have an “open-border” policy adopted by both governments through the 1950 bilateral Peace and Friendship Treaty. The porous border makes it difficult to capture accurate data on cross-border movement, but most migrants are men traveling to India to work as unskilled laborers in the informal sector. Despite the 1950 act, which provides Nepalese with specific entitlements, they are unaware of these entitlements and often view themselves as living in India illegally.

Governments in the destination countries have a responsibility to take the necessary action to prevent exploitation and forced labour of migrant workers, including the deprivation of documents, physical restrictions on workers’ movements, and the use of physical violence against migrants. In its report, Amnesty International (2011) statesthat the government of Nepal has not taken appropriate action in its own jurisdiction to reduce and eliminate incidences of trafficking for exploitation and forced labour among Nepalese migrant workers and is consequently not in full compliance with the ILO’s Forced Labour Convention.

With the enactment of the Foreign Employment Act in 2007, the Nepalese government has recognized the need to monitor and regulate the recruitment process in order to protect the rights of Nepalese workers migrating for foreign employment. However, Amnesty International’s research indicates that the government is not ensuring that recruitment agencies function in accordance with the provisions of the act. The act also states that recruitment agencies should be punished if they do or cause anything to be done contrary to the contract, or if they conceal or alter documents. However, no recruitment agency has been punished under the act. As a consequence, agencies that have provided false or substituted contracts and collected fees above the maximum permitted by law have all done so with impunity. Although the government has set up complaints and compensation mechanisms in Nepal, Amnesty International’s research shows that migrants were generally unaware of how to access them.

Migrant workers may be subjected to serious exploitation and human rights abuse both during the migration process and after reaching destination countries. If exploitation and human rights abuses are to be tackled effectively, measures should be taken by government and non-state actors (e.g., recruitment agencies and brokers) in both origin and destination countries (Amnesty International 2011). 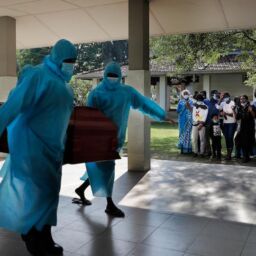 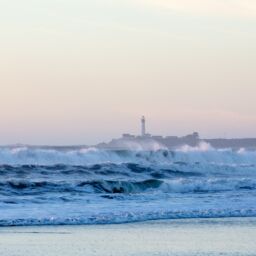