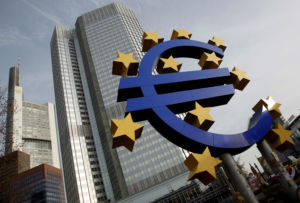 The Single Supervisory Mechanism is the European banking supervision system which includes the ECB and the national supervisory authority of the participating countries. Its main purposes are: – safeguard the security and solidity of the European banking system – increase integration and financial stability – ensure consistent supervision Although, The ECB is not satisfied with this check. The eurozone’s banking supervisor is traying to get more powers to ensure the upper echelons of banks are up to the job of running big financial institutions in the modern age.

The ECB has the power to reject any appointment to banks’ management or supervisory boards if it considers the candidate is not “fit and proper” for that position job. The central bank keeps its decisions secretly, and the rejection of a candidate — among the thousands of individual decisions it has taken in the last four years — has never been made public. Since the ECB has the last word on the appointment of the eurozone’s top bankers and boards.

The power struggle dates back to the 2014 creation of the single supervisor, which leaves overall regulation up to EU legislative authorities — the European Commission, European Parliament and European Council — and its detailed implementation up to national regulators. The tension between national bodies and the SSM was visible from the beginning of the banking union, especially coming from the big countries such as France, Germany, Italy and Spain” notes Michael Huertas, a financial services regulatory lawyer at Benton’s, in Frankfurt. It reached such proportions early on, says a French banker, that “I thought they’d never get that thing [the SSM] off the ground because national regulators would kill it. Yet they pulled it off, and it flies. But the turf war over how to implement the fit-and-proper rule is the remnant of this fight.” the ECB wants more power also because it fears that technological change is outpacing bankers’ skills and wants to make sure that executives and board members are trained properly to tackle major challenges. The central bank also seems eager to put its own decisions on a firmer legal footing.

It has called for the new stricter criteria it calls for to be part of a revision of the capital requirement directive, the so called CRD IV, which sets into law the banking sector’s prudential requirements. Actually, the ECB wants – clearly – to be the center of any discussion about banks in eurozone, deciding every steps to do on the path towards the complete bank union in Europe.