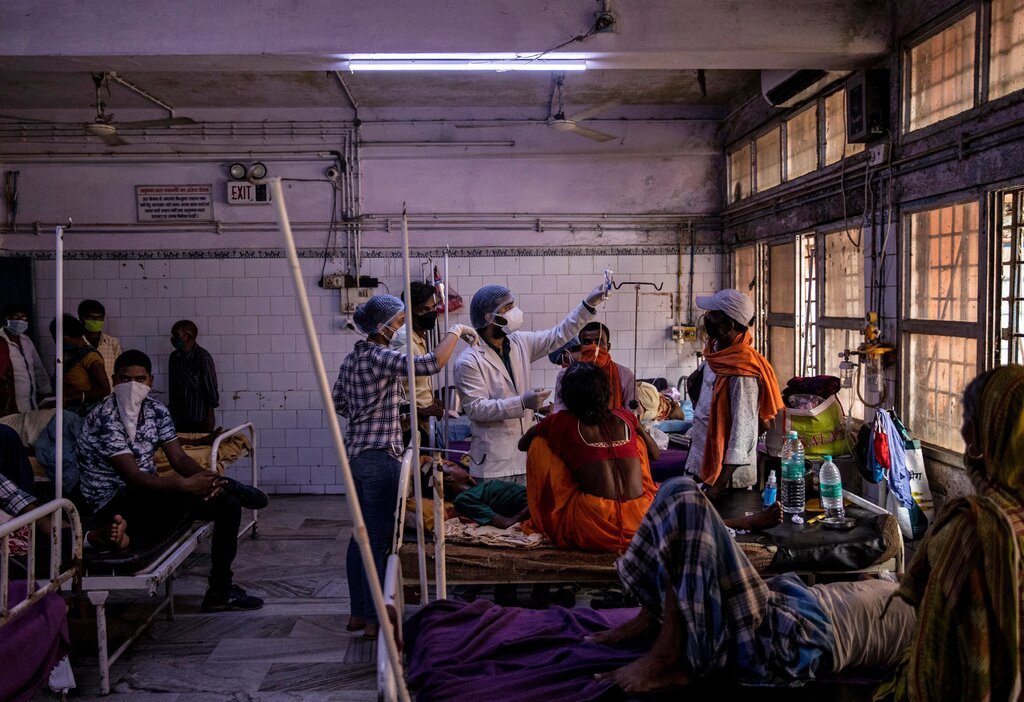 Today marks the 162nd day since India implemented a nationwide lockdown, to help curb the novel coronavirus pandemic. So far, India has recorded 36,21,245 confirmed COVID-19 cases (yahoo news), including 64,469 deaths. Maharashtra, Andhra Pradesh and Tamil Nadu have reported the highest number of cases. However, infections are rising rapidly in states like Karnataka, Uttar Pradesh and West Bengal. It is fast becoming the world’s new virus epicenter, setting a record for the biggest single-day rise in cases as experts predict that it’ll soon pass Brazil and ultimately the U.S. as the worst outbreak globally.

As many as 78,761 new cases were added on Sunday, which is the most any country has ever reported in one day. While on Monday, 971 deaths were reported, pushing the Asian country past Mexico for the third-highest number of deaths worldwide. At the current trajectory, India’s outbreak will eclipse Brazil’s in about a week, and the U.S. in about two months.

As the world’s second-largest country, and one with a relatively poor public health system, it’s inevitable that India’s outbreak becomes the world’s biggest, said Naman Shah, an adjunct faculty member at the country’s National Institute of Epidemiology. Health experts say the virus reproduction rate is ticking up as more state governments, desperate to stimulate an ailing economy, are loosening lockdown restrictions, which is spreading the virus further.

Crowded cities, lockdown fatigue and a lack of contact tracing have spread Covid-19 to every corner of this country of 1.3 billion people. This week, the authorities said that one-sixth of a tiny tribe on a remote, coral-fringed island had come down with the virus.

“Everything right now is indicating toward a massive surge in the caseload in coming days,” said Dr Anant Bhan, a health researcher at Melaka Manipal Medical College in southern India. “What is more worrying is we are inching toward the No. 1 spot globally.” Some public hospitals have been so overwhelmed that doctors have had to treat patients in the hallways. In some cases, people in critical condition have no place to get help, even if they don’t have the coronavirus.

Across the developing world, economies have been forced to open up even with the virus still running rampant, quickly overwhelming underfunded hospitals. Nowhere has the developing world’s plight played out more viscerally than in India, where an ambitious national lockdown imposed in March was lifted after two months as joblessness, starvation and a mass migration of workers leaving cities on foot became too much to bear.

Prime Minister Narendra Modi’s government has since counselled the population to “live with the virus” while giving local officials freedom to impose restrictions on a state-by-state basis, which many have. The economy is projected to have contracted 18% in the quarter to June from a year ago, more than any other major Asian country.

And there is every reason to believe that the coronavirus is still only getting started in India. Much of the country’s coronavirus burden so far has fallen on its globally connected megacities like New Delhi and Mumbai, but the disease is now starting to shift to its rural hinterland where nearly 900 million people live, and health-care infrastructure is sparse. A lack of testing and medical help will likely mean that scores of infections and deaths are going unreported.

“The disease is moving from urban to rural areas, it’s moving from states with better health-care infrastructure to other places,” said Ramanan Laxminarayan, director of the New Delhi and Washington, D.C.-based Centre for Disease Dynamics Economics and Policy. “That all means that there will be more death, but they will not be counted because they will not be visible anywhere,” he added.

The Modi government has often pointed to India’s official mortality rate of around 1.8% — among the lowest in the world — as evidence that it is managing the virus’ spread, even if not containing it.

Complete lockdown will be imposed across West Bengal on September 7, 11 and 12 to contain the spread of COVID-19, Chief Secretary Rajiva Sinha said on Monday. The state government had earlier announced these dates for complete lockdown in September, but the Centre, in its Unlock 4 guidelines issued recently, had made it clear that states cannot enforce local lockdown without prior consultation.