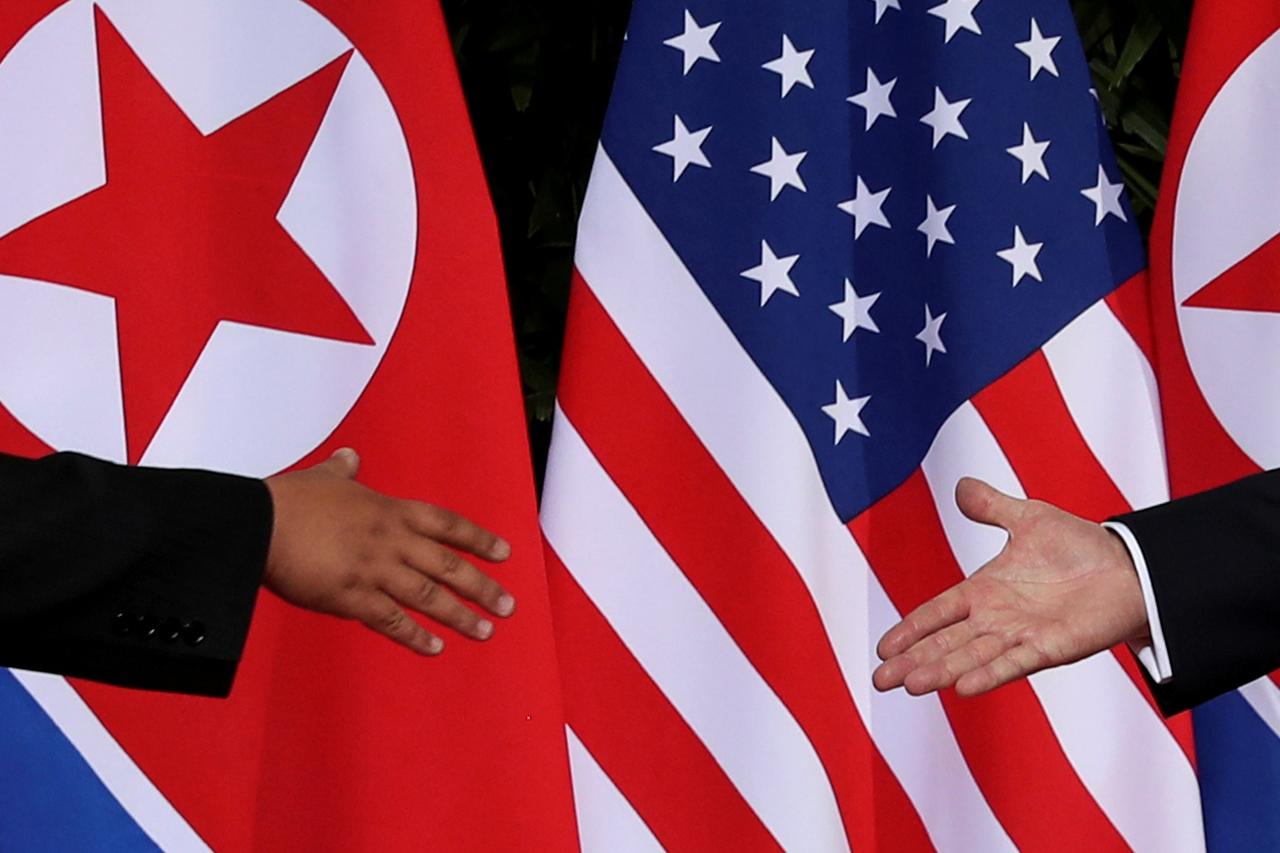 For years, the international community has tried to negotiate an end to North Korea’s nuclear and missile development and its export of ballistic missile technology. Those efforts have been stuffed with periods of crisis, deadlock, and hesitant progress towards denuclearization and North Korea has long been a key challenge for the global nuclear nonproliferation regime.

International efforts to negotiate an end to North Korea’s nuclear program, which had been stalled since the discontinuation of the Six Party Talks in 2009, were rekindled in early 2018. A diplomatic thaw on the Korean Peninsula led to direct talks between the heads of state of the two Koreas, Kim Jong-un and Moon Jae-in, on 27 April 2018, followed by the 12 June 2018 summit between North Korean leader Kim Jong-un and U.S. President Donald Trump in Singapore.

For three decades, North Korea’s pursuit of a nuclear arsenal has been the predominant U.S. foreign policy concern on the Korean Peninsula, threatening both regional stability and the global nonproliferation regime.

Nuclear discussions between Washington and Pyongyang have stalled since a second summit in Hanoi in February ended without an agreement over differences on the extent of denuclearization and sanctions relief in return. The leaders of both states, Kim Jong-un and Donald Trump, met again in June in the Demilitarized Zone and agreed to restart working-level dialogue.

Meanwhile, North Korea has carried out several short-range missile tests in recent weeks in protest against annual US-South Korea joint military drills that it sees as a rehearsal for an attack.

On Wednesday August 15,  Stephen Biegun, the United States special envoy for North Korea, arrived in Seoul and was “prepared to engage” as soon as it hears from Pyongyang.

But his hopes were dashed when on the very next day the spokesperson for the North Korea’s foreign ministry announced that North Korea has “no interest” in dialogue unless Washington stops “escalating hostile military moves”.

“This compels us to weigh a realistic way of turning our attention more to strengthening the physical deterrence,” he said in a statement carried by the official Korean Central News Agency.

“We remain unchanged in our position to resolve all issues in a peaceful manner through dialogue and negotiation,” he added.

“However, dialogue accompanied by military threats is of no interest to us.”

Washington stations nearly 30,000 troops in the South to defend it from its neighbor.

Earlier this month, Trump wrote on social media that Kim had sent him a letter – hand-delivered to him – in which he expressed hope that talks would resume “as soon as the joint U.S.-South Korea joint exercise are over”. 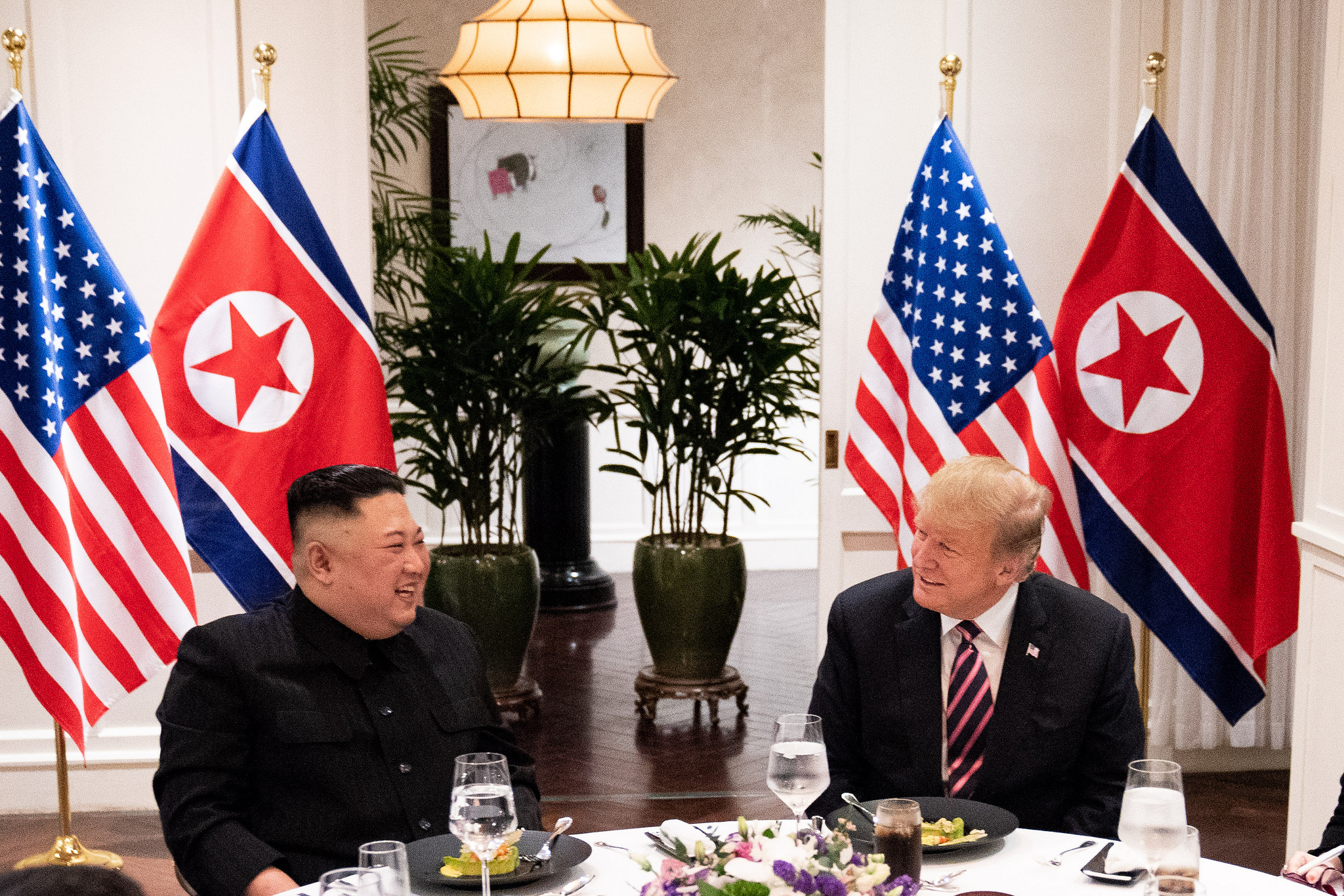 Following the tension China has again called for dialogue to resolve the North Korean nuclear crisis after Pyongyang fired two short-range missiles on Thursday. Diplomatic observers said the launches were a protest against planned military exercises between the United States and South Korea.

Chinese foreign ministry spokeswoman Hua Chunying said the United States and North Korea should resume negotiations as soon as possible. “Relevant parties should treasure the hard-won chances for dialogue and alleviating tensions. They should express sincerity, and contribute to resolving the issue through political means and dialogue,” Hua said.

As North Korea has dramatically accelerated the pace of progress in building its nuclear program in recent years, and as the Trump administration has alternately leveled threats of military action and engaged in high-profile summitry with Kim Jong-un, this issue has gone to the top of the U.S. foreign policy agenda. The current round of U.S. diplomatic engagement with North Korea may hold enormous consequences for the future of the Korean Peninsula, perhaps leading to the denouement of this long saga – or, despite the high stakes, perhaps simply to another round of all sides “muddling through” with no ultimate resolution in sight.

1.2 trillion rupees on the move: Modi’s greatest piece of purchase yet

Last week, the RBI (Reserve Bank of India) was taken aback by more than a surprise. Just when it was dealing with the uncomfortable series of events that led to the transfer of surplus 1.2 trillion rupees into the government of India; social media erupted.