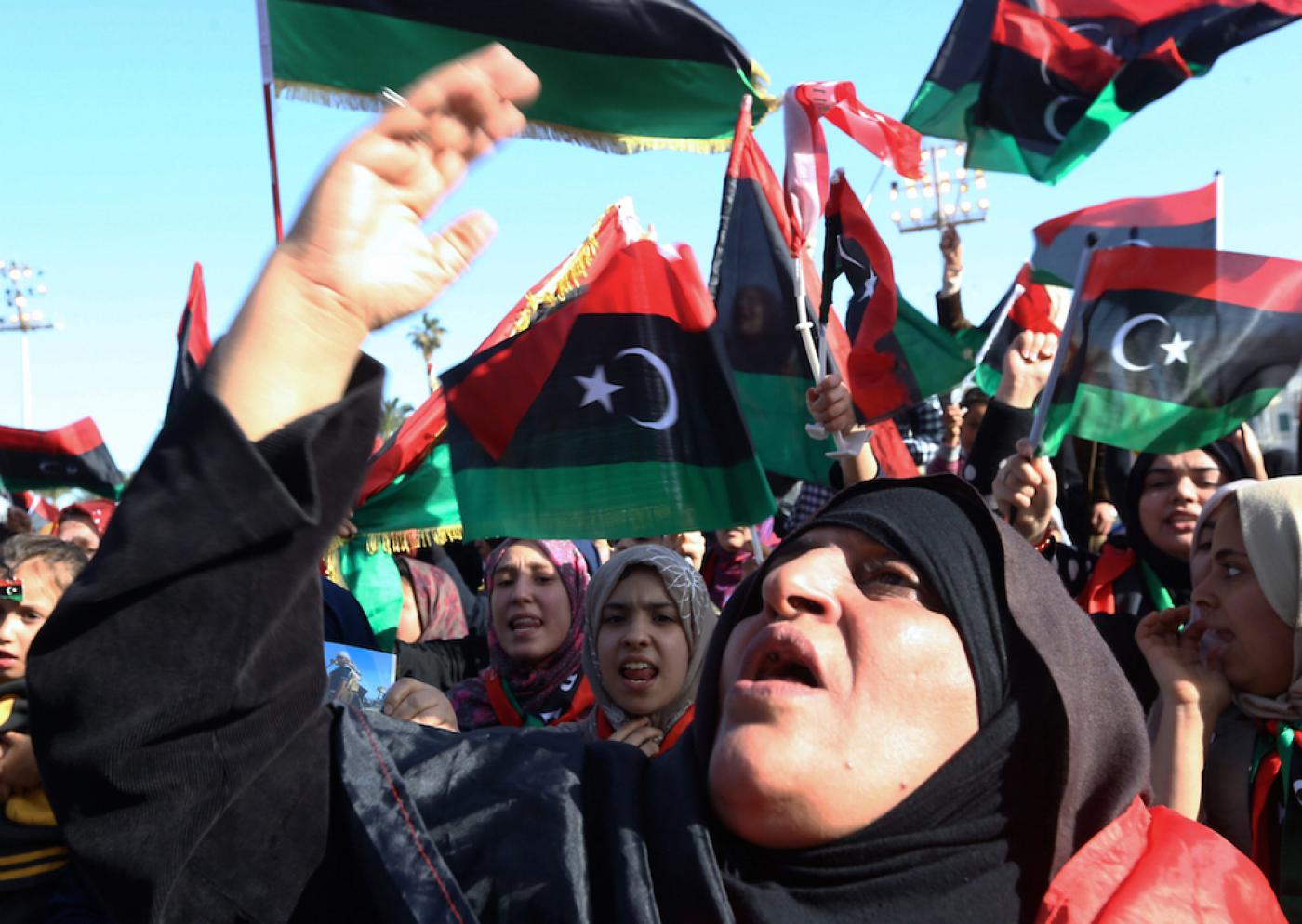 Why the situation is still unresolved is because of many factors: colonialism, diversification of territory, the fall of pan-arabims, pan-islamism and secularism, the evolution of the civil society, external interferences.

In order to find reasons of instability, we should remark some important aspects of the history of Libya. Libya has never been a “state” until 1950, when the independence was declareted. Knowing the history of Libya means knowing the critical points present today. We know three historical regions in Libya: Tripolitania, Cyrenaica and Fezzan.

These three regions were under the Ottoman Empire’s control which maintained it until 1911. Therefore, until that date, Libya had never been a nation-state. Since Libya was not then colonized by European states, Italy aimed to bring Libya under their control. Italy argued that it already had significant historical ties in Libya, dating back to the Roman Empire.

In its short span of existence the Italian colony of Libya sees two world wars and the rise of fascism. These events have profound and differing effects in the region.

After World War I, the Senussi leader, Mohammed Idris, attempts to achieve a compromise with the Italians. In 1920 he acknowledges their sovereignty over coastal Cyrenaica, in return he is granted the title of emir. But this uneasy relationship crumbles with the onset of fascism.

During the later stages of the war and in the immediate postwar years, Tripolitania and Cyrenaica are adminstered by the British, while Fezzan is under the control of the French. However, it is agreed that the future of Libya shall be referred to the United Nations.

The result is a resolution for Libyan independence. In December 1950 a national assembly representing all three provinces elects Mohammed Idris to be Libya’s king. As Idris I, he formally declares the independence of the new state on 24 December 1951.

In 1969, when absent on a visit to Turkey, he is deposed in a bloodless coup led by a 27-year old captain, Moamar al-Gaddafi.

Gaddafi immediately becomes commander-in-chief of the armed forces and chairman of the Revolutionary Command Council which governs Libya. From 1979 he is known simply as Leader of the Revolution, ruling with a firm grip which means that Libya’s policies are entirely his own.

In February 2011, Libya, on the wave of the so-called Arab Spring, saw the onset of popular insurrection motions, which soon resulted in a civil war, in which NATO would later make its entrance flanking the rebel forces, which would eventually overthrow the Gaddafi regime.

The clashes, from the first uprisings, turned out to be very bloody. The regime’s forces enacted a harsh armed repression that caused the death of numerous civilians, on whom fire was opened, with summary and violent attacks both in homes and in public places and offices. For these reasons, on May 16, 2011, on the basis of the numerous evidence gathered, the prosecutor of the International Criminal Court, Luis Moreno Ocampo, asked the criminal court the indictment of Gaddafi for crimes against humanity, together with his son Sayf al-Islam Gaddafi and Libyan intelligence chief Abd Allah al-Sanussi.

During the month of August the rebel forces were about to conquer Tripoli and Gaddafi was located near his hometown, Sirte.

Any further resistance in the defense of Sirte, in which he had been barricaded at the same time as the fall of Tripoli, was in vain. Muʿammar Gaddafi attempted to gain the desert to continue the fight, but the convoy he was traveling to was identified by the drones sent by the President of the United States Obama and attacked by French military aircraft.

As in all civil wars, especially those where exogenous forces are involved, in 2011 even the Libyan conflict had such indefinite contours as to make plausible a series of deeply different future scenarios.

The first was that of a prolonged civil war (“Somalia” model), which would have caused the presence of a failed State in front of the European coasts divided into several autonomous entities (at least Tripolitania and Cyrenaica) equally unable to extend their authority over the entire national territory. This prospect would have been linked to some dangers when a similar condition occurs: apocalyptic exodus of refugees, health emergencies, proliferation of terrorism, increase in the illegal circulation of weapons and drug trafficking.

The second scenario was that of the creeping failure of Libya (“Lebanon” model), determined by the presence of some portions of territory – out of control or not – completely under the authority of the central government, whose most extreme anarchist drifts would have been avoided only with the intervention by international forces.

The third scenario involved the victory of loyalist forces (Algeria model). To this was connected the possibility that Gaddafi, or his political heirs, after having suppressed the revolt, would have put in place a series of retaliations – with hardly predictable contours – against the Italian “betrayal”.

The fourth scenario was the victory of the troops loyal to the president of the Libyan National Transition Council, Mustafa Abdul Jalil (Iraq model). This scenario was associated with different problems. On the one hand, the emergence of a political class linked to the Muslim Brotherhood or to other Islamist groups, which would have contributed to the spread of Islamic radicalism on the northern shore of the Mediterranean. On the other hand, the weakening of Italy’s position in Libyan territory, as a result of a revision of the agreements signed by the previous regime.

At the end, the scenario seems to be the “Somalia model”. However, it is possible to affirm that if the wind of the Arab spring had not expired in Libyan territory, a concept that could not be used ex post due to the almost total democratic failure of this revolutionary wave, Europe would not have had to face four threats: the beginning of a civil war near the Italian coasts; the rooting of Islamic extremism in a sensitive area for the security of the European territory and economic interests; the emergence of illegal immigration and the consolidation of the criminal networks; the possibility of losing one of its main sources of energy.

Unlike Somalia and other state, Libya has a unique structure. The peculiarities that differentiate the Libyan state from other regional realities are mainly two: the fact that Libya has an internal fragmentation, to be understood on a regional, local and tribal level; the fact that Libya is a rentier state, or a state that bases its income exclusively on the export of hydrocarbons, but unlike other states it is not a monarchy. The whole construct of the Jamahiriya, “the state of the masses”, was only a patronage state. A similar structure was necessary because Libya, as a state of recent formation, exhibited a weak identity. As far as regional identity is concerned, Libya, as previously mentioned, is composed of three main areas that have widely different characteristics in terms of population, geographical position and influences. Fezzan is mainly linked to the Sub-Saharan area and to France; Tripolitania, on the other hand, is more exposed to the Mediterranean and European world; Cyrenaica is closer geographically and culturally to Egypt. These identities were laboriously united by Italian colonialism and Gaddafi based a sense of national unity precisely on this.

The instability in Libya is not only due to internal diversification. Some external factors have also contributed to Libya’s instability.

First called the Odyssey Dawn and then the Unified Protector, the international intervention in Libya, approved by the United Nations Security Council following the intense diplomatic campaign of Nicholas Sarkozy and David Cameron, opened an intense debate in the progressive public opinions of half of Europe. Launched with the supposed objective to avoid a possible massacre of the population of Benghazi, the military operation quickly assumed the characteristics of a war fought to remove a regime from the military.

The intervention of the international community should be undertaken through diplomatic dialogue, interposition, ensuring full compliance with the UN Charter and always taking into consideration the rights of threatened populations who should be involved and consulted with respect to the modalities of intervention.