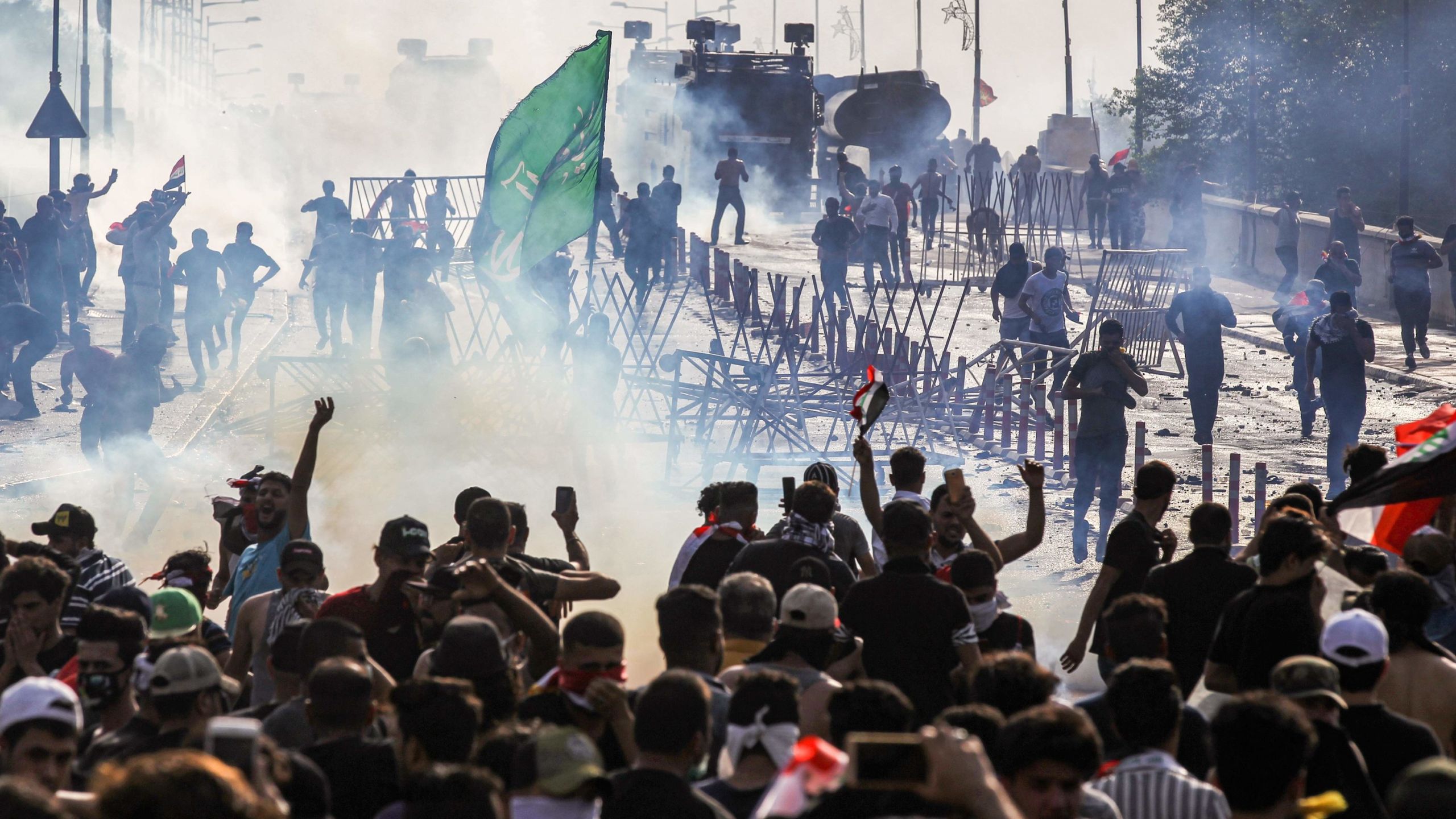 Demonstrations and protests are not new in Iraq. The country has a long history of violence and unrest. But the present protests going on in the country are said to be the largest since the fall of Sadam Hussein. What makes this current scenario different from the past is protests’ size, their spontaneity and the way they have spread out in the southern Iraq.

The situation now is evocative of the aftermath pf 1991 Gulf War when 14 out of 18 provinces of the country erupted in protests.

The protests emerged in south region of Shi’ite majority and spread throughout the country without any formal leadership. Security and medical sources give a death toll of 65 and hundreds have been wounded. Death toll of different agencies suggests that it is very high from the figures presented by security agencies.

These protests are a challenge for Adel Abdul Mahdi, a mild-minded veteran politician who came to power last year backed by the dominant Shi’ite who dominates Iraq since the fall of Sadam Hussein. In a television address Mr. Mahdi reaffirmed that he would respond to the demands of the protesters but he also warned that there is no ‘magic solution’ to Iraq’s problems.

The economy of Iraq is largely dependent on oil production. Iraq is the fourth largest producer of oil. But the 70% budget of the country goes in paying the civil servants, corruption, and maintenance of luxurious lifestyle of the ruling elites. Interference of Iran in Iraq’s affair is also one of the root causes of crises. The harsh truth here is that Baghdad is too dependent on Tehran for its day-to-day need products such as natural gas.

The only clear path forward for Iraq here is to reduce its dependency on Iran and create stronger relationships with other countries. Western countries need to increase their financial and technical investments in Iraq and leverage its global reach to lure the investors which would elevate the economy.

United sates can play a vital role in bringing the country out of the current situation. United States can use its influence on Iraq and provide the country with expertise and support to facilitate the needed reforms. United States can also play a keen role in providing Iraq with a financial infrastructure that allows the movement of the money internationally.

While protestors have called for the resignation of the Prime Minister and downfall of ruling party the way out of crises is not a new government or the prime Minister. Changing the government will lead to creation of political uncertainty and instability. Instead the only clear path out of crises for Iraq is a concentrated effort to improve governance, to work for the economic regeneration of Iraq and to reduce country’s dependency on Iran.

Trump to sign trade deal with China on January 15th