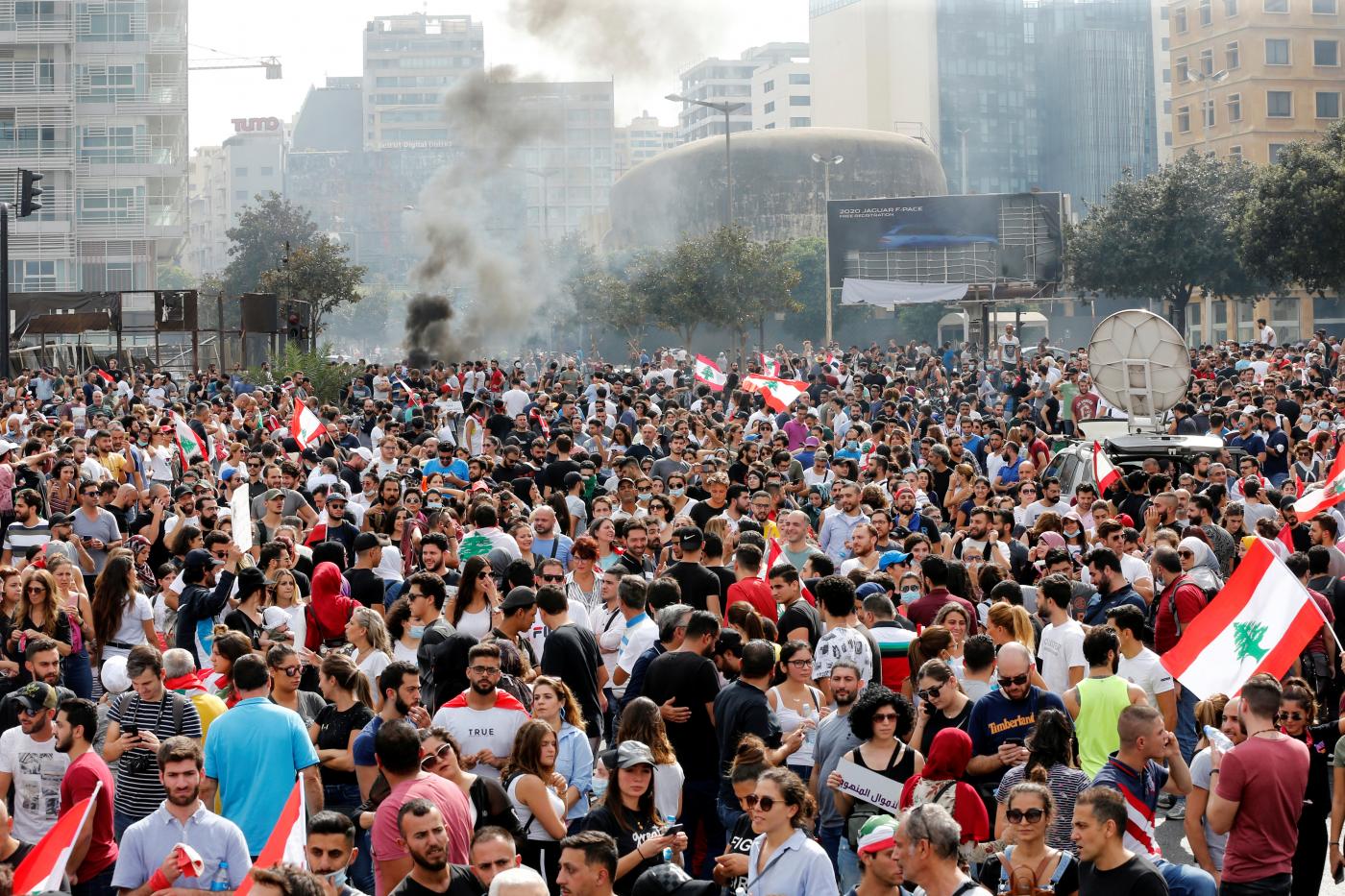 Lebanon’s cabinet resigned on Monday, opening up fresh political turmoil as the country deals with a crippling economic crisis and the reels of last week’s huge explosion that destroyed the capital. Most Lebanese blame the corruption and incompetence of their government for the blast, which has caused damage to an estimated $15 billion and left almost 300,000 homeless.

The resignation of the government reflected how profoundly the explosion of last week which killed more than 200 people, wounded 6,000 and left hundreds of thousands homeless has rocked the small Mediterranean country. Lebanon had already been dealing with severe economic and political problems before the blast caused billions of dollars of damage to Beirut.

Lebanon officials said the blast occurred when a fire set to 2,750 tons of ammonium nitrate, a chemical used to produce fertilizers and explosives, which had been stored in the port of Beirut since 2014, following warnings from several officials that it was risky. Therefore the incident is considered as criminal negligence by Lebanese people as even after 6 years of warning regarding the chemical the government took no measures to manage it.

“We are taking a step back to stand with the people, to wage the battle for change with them,” said Prime Minister Hassan Diab, in a televised address. He blamed his political foes, without naming them, for thwarting his efforts to fix Lebanon’s problems. However, President Michel Aoun accepted Diab’s resignation on Monday and asked the government to remain in power until a new cabinet was formed.

Before Mr Diab ‘s announcement, three of his 20 cabinet ministers had already resigned, as had at least seven members of the 128-member Parliament of the country. But those measures were not enough either to topple the government or to call for new elections.
Many in Lebanon saw the explosion as the current example of bad governance that had triggered the economic crisis. In recent days, Beirut has been shaken by demonstrations that have turned downtown areas into battle zones between demonstrators and security forces. Even before the announcement by Mr Diab, who has been in office since January, fresh protests erupted as demonstrators tried to storm the Parliament.

Demonstrators wearing masks and goggles climbed up barricades outside the Parliament and threw stones at riot police officers, who shot tear gas volleys that flew through downtown for the third time in three days. It is reported that during the violent anti-government protests some 728 people were injured and one police officer was killed amid a heavy security crackdown.
By reviewing the videos and photos of the security response of the army and the men in plainclothes on the day, and by studying medical records and interviewing the doctors who treated the injured, Al Jazeera has proven that the security forces have breached international norms on the use of force.

Despite the ongoing demonstrations people believe that international pressure is necessary because “Even an explosion as catastrophic as Tuesday’s might not be enough to get those elites easily give up their grip on power”.
The government of Diab was established after his predecessor, Saad Hariri, stepped down under pressure from the protest movement. It took months of bickering among the leadership factions to settle on Diab. His administration, backed by Hezbollah and its allies and seen as one-sided, struggled to enact the sweeping political and economic reforms it had promised. Now the cycle has to start again, with the Diab government in the position of caretaker, as the same factions are discussing a new one.
Rami Khouri, professor at the American University of Beirut, described the developments of the past week as “an important turning point in Lebanon’s modern political governance” that is “Just at the beginning.” Further, he says that there are primarily two main movements presently in Lebanon: “One is Hezbollah and its close allies, and the other is the protest movement or the revolution as they call themselves-they are all kinds of people, but they do represent the majority of the population.”
On Sunday, world leaders and international organizations pledged almost $300 million in emergency humanitarian aid to Beirut but warned that no funds would be made available unless the Lebanese authorities committed themselves to the political and economic reforms demanded by the people.

Already the local currency has lost much of its value, and unemployment and inflation rates have soared. Such issues will complicate Lebanon’s ability to recover from the blast, and it is now uncertain who will take care of the operation, which involves negotiating aid packages with potential donors and introducing long-delayed reforms. Now we are left with the question “where does Lebanon go from here and will these resignations satisfy Lebanese people?”